QUALIFYING MORTGAGE RATE FALLS FOR FIRST TIME SINCE B-20 INTRO

The interest rate used by the federally regulated banks in mortgage stress tests has declined for the first time since 2016, making it a bit easier to get a mortgage. This is particularly important for first-time homeowners who have been struggling to pass the B-20 stress test.

The benchmark qualifying mortgage rate is announced each week by the banks and “posted” by the Bank of Canada every Thursday as the “conventional 5-year mortgage rate.” The Bank of Canada surveys the six major banks’ posted 5-year fixed rates every Wednesday and uses a mode average of those rates to set the official benchmark. Over the past 18-months, since the revised B-20 stress test was implemented, posted rates have been almost 200 basis points above the rates banks are willing to offer, and the banks expect the borrower to negotiate the interest rate down. Less savvy homebuyers can find themselves paying mortgages rates well above the rates more experienced homebuyers do. Mortgage brokers do not use posted rates, instead offering the best rates from the start. The benchmark rate (also known as, stress test rate or “mortgage qualifying rate”) is what federally regulated lenders use to calculate borrowers’ theoretical mortgage payments. A mortgage applicant must then prove they can afford such a payment. In other words, prove that amount doesn’t cause them to exceed the lender’s standard debt-ratio limits. ​ The rate is purposely inflated to ensure people can afford higher rates in the future.

The impact of the B-20 stress test has been very significant and continues to be felt in all corners of the housing market. As expected, the new mortgage rules distorted sales activity both before and after implementation. According to TD Bank economists in a recent report, “The B-20 has lowered Canadian home sales by about 40k between 2017Q4 and 2018Q4, with disproportionate impacts on the overvalued Toronto and Vancouver markets and first-time homebuyers…All else equal, if the B-20 regulation was removed immediately, home sales and prices could be 8% and 6% higher, respectively, by the end of 2020, compared to current projections.”

According to Rate Spy, for a borrower buying a home with 5% down, today’s drop in the stress-test rate means:

Bottom Line: Almost no one saw this coming due to the stress test rate’s obscure and arcane calculation method (see Note below). This 15 basis point drop in in the qualifying rate will not turn the housing market around in the hardest-hit regions, but it will be an incremental positive psychological boost for buyers. It should also counter, in some small part, what’s been the slowest lending growth in five years.

Note: Here’s the scoop on why the qualifying rate fell. According to the Bank of Canada: “There are currently two modes at equal distance from the simple 6-bank average. Therefore, the Bank would use its assets booked in CAD to determine the mode. We use the latest M4 return data released on OSFI’s website to do so. To obtain the value of assets booked in CAD, simply do the subtraction of total assets in foreign currency from total assets in total currency.” 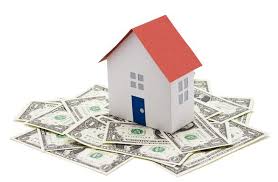 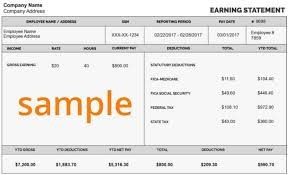 HOW TO SAVE MONEY ON A VARIABLE RATE MORTGAGE